In a recent Ten Across Conversations podcast, I spoke to Professor David Orr, a highly regarded and prolific author on matters of consequence for society and the planet. Orr recently stated, “We face two related existential crises: a global crisis of rapid climate change; and potentially lethal threats to democracy.”

I have been thinking about the conjoining of these two enormous issues and especially what the undefined “relationship” is—or might be—between them. This is likely to remain unresolved, but I believe an indication can be derived from a particular region of the country.

The Ten Across geography is well known to followers of Ten Across: a 2,400-mile, coast-to-coast transect on the front lines of climate change. Stretching from Los Angeles to Jacksonville, the evidence of a rapidly transforming landscape is in plain sight from dwindling water reservoirs in the West to massive land loss in the Gulf. Dotting this quintessentially American landscape are infrastructural monuments (think Hoover Dam) demonstrating confidence in our capacity to bend nature to our will. Accordingly, this corridor is the perfect observatory for tracking how such a posture holds up against the realities of a rapidly warming planet.

Ten Across is more than a geographically or environmentally focused construct; it is also a proving-ground for competing ideas of governance, inclusion, equity, and economic opportunity. If climate change and democracy are “related“—as Professor Orr suggests—the equation is in a state of flux as high-profile challenges to democracy are taking place which are powerful and unprecedented.  Given the scale and influence of the states involved (Texas, Florida, California, Arizona), the impacts—like those of climate change itself—will not be contained by state boundaries.

If democracy and a well-functioning, representative government, is the best way to respond to climate change, then the Ten Across geography suggests reasons for concern.

The U.S. Interstate system—including the I-10, from which this initiative draws its name—is a product of the 1956 Federal-Aid Highway Act, resulting in a network of roadways uninterrupted by state boundaries. Prompted by national defense interests and a widening distribution of the population, these ribbons of concrete have been extremely effective in moving people and goods. The system also brought with it many negative effects, some of which may finally be addressed by the Infrastructure Investment and Jobs Act of 2021. However flawed the system may be, the very existence of this monument to mobility is a testament to our capacity to plan and implement at scale, when motivated.

The threats today are different. A rapidly warming planet will present challenges related to water, energy, heat, storm intensification, and human migration—all of which are unavoidable in the coming century as the recent IPCC report on climate change makes clear. Motivated by a sense of urgency, we must overlay new, solution-oriented units of authority on our current systems and bend environmental trendlines.

This is echoed in the recent study, Megaregions and America’s Future:

“The United States has daunting economic, demographic, climatic, environmental, and spatial development challenges. Many of these ignore existing jurisdictional boundaries and spread over large regions. The recent near collapse of the Texas power grid because of a climate-induced cold snap and poor planning, for example, underscores the urgent need to design and manage this and other infrastructure systems at a scale beyond even that of our largest states. The complexities of coming decades are likely to evolve in dynamic special processes that our current fragmented political geographies and rigid institutional systems will not be able to adequately address.”

With our highway system serving as both caution and inspiration, perhaps the current administration’s more inclusive definition of infrastructure will offer an opportunity to think differently about what we choose to build—as well as how, where, and why.

But can we rise to the occasion? Election cycles, the urban/rural divide, and unreliable media outlets have locked in short-term political thinking. Multi-generational timelines seem abstract and don’t do well at the ballot box.

Ron Brownstein, a brilliant observer of the mood of the country, offers a telling aspect of the friction between effective responses to climate change and the political gulf separating “us” from “them” in the Green-Energy Culture Wars in Red States:

“The states that are most deeply integrated into the existing fossil-fuel economy, either as producers or as consumers, tend also to be the places that are most resistant to, and separated from, the major demographic, cultural, and economic changes remaking 21st-century American life.”

To this list, one could add the skepticism of observable realities, data-driven solutions, and fact-based journalism—all essential  components of a healthy democracy. It was only recently that Florida, for example, forbade the use of the terms “climate change” or “global warming” by state employees in spite of flooded streets and devastating forecasts. This week’s concern is similarly head-scratching: supposed racial messaging embedded in math text books.

If nothing else, democracy is about the free-flow of evidence-based ideas and productive exchanges about their utility. Indications drawn from the Ten Across study area suggest that achieving consensus around the critical issues of our time is going to be difficult.

A PROVING GROUND FOR DEMOCRACY

The Ten Across region presents some of the most compelling impacts of climate change. This same geographic area exhibits profound challenges to representative democracy.

In Texas, the legislature seems fixated on voter engagement in its thriving urban centers, where people are comfortable with the demographic, cultural, and economic transformations which Brownstein references. Just this week, the Florida legislature, in an unprecedented abdication of responsibility, bowed to the whims of the Governor, allowing him to redraw voting maps himself and potentially eliminate two minority districts. And in Arizona, candidates for higher office openly question the very legitimacy of the 2020 election. By design, these impulses are transmitted to Washington, reducing the quality of debate and deliberation in even our most durable institutions in the process.

The news is not all bad. Texas, in spite of an economy reliant on the fossil fuel industry, is acknowledging the inevitable shift to renewable energy sources by increasing is capacity to generate and redistribute wind power. The Florida House, just this month, is proposing a state-wide office dedicated to climate resiliency.  And the largest state in the union, California, continues to offer approaches to the environment which have positively influenced federal legislation and the rest of the country for decades.

But even well-intentioned policy can produce unintended consequences. California’s significant wealth discrepancies and homeless populations are frequently highlighted by other states as a demonstration of government overreach and ineffectiveness (one percent of taxpayers paying half of the income tax in the state is clearly not sustainable). What then follows is gubernatorial finger-pointing: Texas critiques California regulation and taxation, Florida threatens migrants from Texas  and corporations like Disney, and California invites the citizens of both Texas and Florida to take refuge to escape perceived injustice.

With these three players representing 25% of the seats in the U.S. House, the Ten Across transect will be where the future of democracy in the U.S. is likely to be shaped…and thus, our response to climate change.

Professor Orr is right—there is a relationship between the urgency of climate change and the need for a governance structure capable of delivering an effective response.  But what is the right format?  Is democracy, however messy and turbulent it might be, the right vehicle for confronting this existential threat?  Is the emerging authoritarian drift a reflection of fear and hope for a silver bullet?  Or, is there a third way, yet to be fully explored, which can be customized for this unique circumstance?

With obvious peril looming before us, we are distracted by hot-button, socially divisive topics or—legitimately—the teetering global political order. But, we do not have the luxury of time. And so, the question remains: can we find our way to a sense of collective purpose which past generations leveraged, and future generations deserve?  If so, how do we get started? 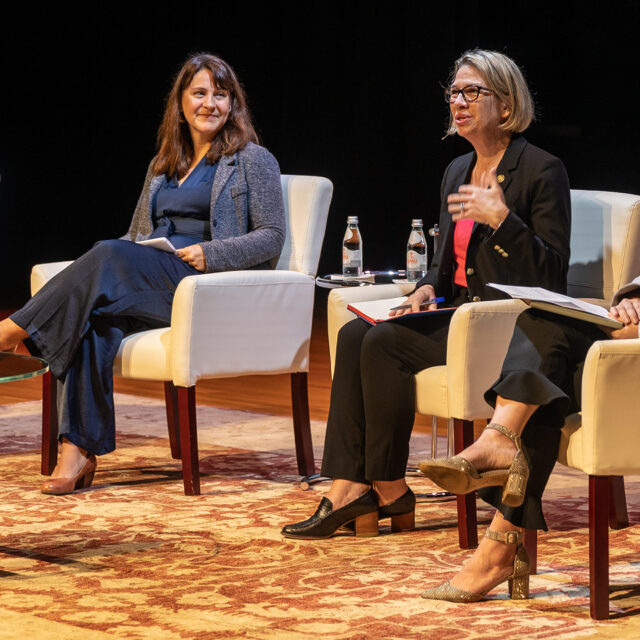 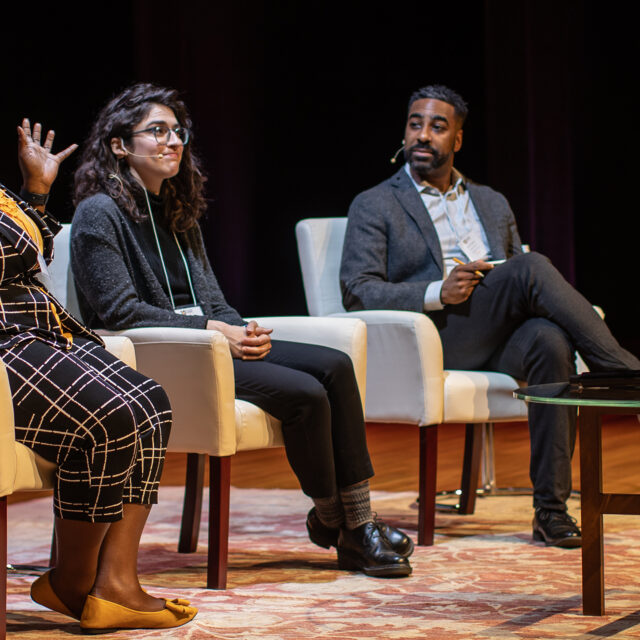